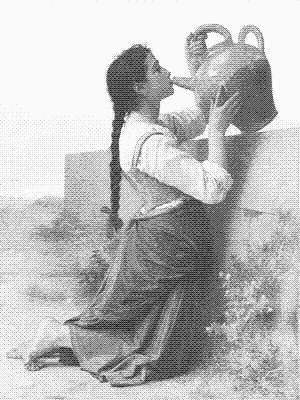 In the industrialized world, we know only of one way to cool beverages: place containers in refrigerators. However, people obtained the same result much more sustainably before the advent of the Industrial Revolution. In hot, dry climates, we used porous earthenware jugs that were not only re-usable, but also kept water cool by taking advantage of natural energy sources.

The best known example is the Spanish ‘botijo’, an unglazed ceramic container that cools beverages by evaporation. Similar drinking containers can be found in other Mediterranean countries, as well as in Mexico (where it is known as a ‘búcaro’) and on the Indian subcontinent (where it is called a ‘ghara’, ‘matka’ or ‘suhari’).

The ceramic water cooler probably originated in the Indus Valley Civilization, which would make it 5000 years old. 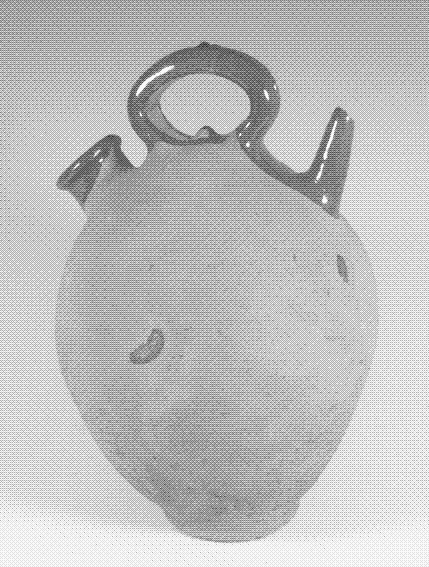 The botijo generally has a wide, spherical belly with two openings on top — a wide opening to pour water in the jug and a smaller drinking spout — as well as one or two handles to carry it. Traditionally, people drink the water directly from the botijo by holding it up and tilting it so that the water pours from the drinking spout.

Botijo-etiquette demands that the lips do not touch the drinking spout, as the water container is usually shared among several people, and of course the content can also be poured into a glass. The large opening is covered with a cork or a cloth after filling the jug, in order to keep insects out.

Botijos come in different sizes, but on average they contain about 3 litres of water, with larger ones holding up to 7 litres – enough to supply a small group of people with drinking water for a full day.

How does it work?

After the botijo is filled with water, it is preferably placed outside in the shade, although it also works when placed in the sun or indoors. The technology is based on evaporative cooling — the same process that keeps the human body cool by sweating. Because the ceramic jug is not completely water-tight, a small amount of the stored water filters through the pores of the clay and evaporates once it comes in contact with the outside, dry environment. Evaporation (the transition from liquid to gas) requires thermal energy, which is partly extracted from the water inside the jug, cooling it down.

The cooling potential of the botijo

The cooling potential of the botijo depends on — among other things — the shape, dimensions and material of the jug, the quantity of water that it holds, and the humidity and temperature of the outside air. It can be calculated precisely according to a complex mathematical model that was developed during a 1995 scientific experiment (PDF), which showed that under optimal conditions a cooling of up to 15 degrees Celsius can be obtained. 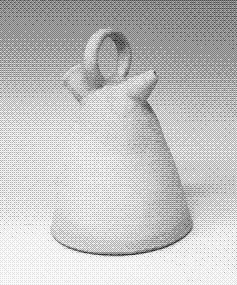 A botijo holding 3.2 litres of water was placed in an oven with a temperature of 39 degrees and a relative humidity of 42 percent, mimicking a hot Mediterranean summer day. It was observed that the temperature dropped by 2 degrees after 15 minutes, by 8 degrees after one hour, and by 13 degrees after three hours. 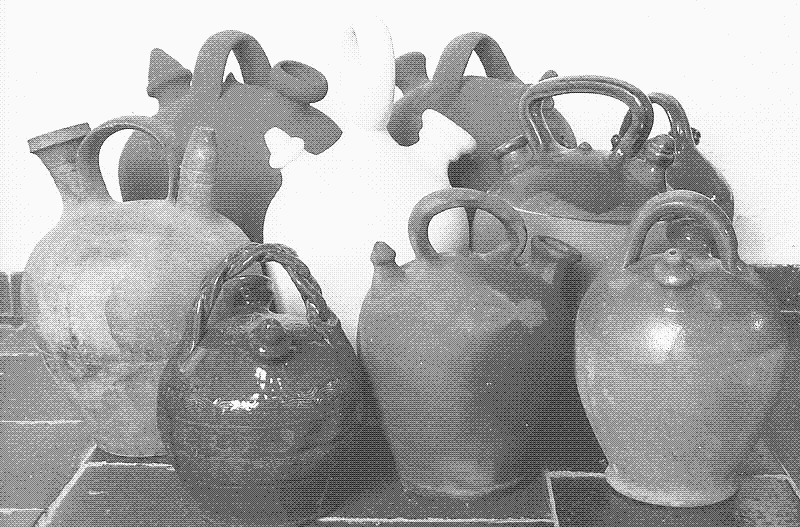 Importantly, a botijo should be unglazed in order to function properly. Glazed botijos – now often sold as tourist souvernirs – do not cool water. Glazed water containers were used to store water in more humid climates, where a porous container would be of no use.

A somewhat similar cooling effect can be achieved using a canteen with a lined cover. If the canteen is submerged in water so that the cover absorbs liquid, and is then left outdoors until the cover dries up, the water inside it will have cooled. One can also observe the effect by placing a water bottle inside a thick, wet sock.

Evaporative cooling is also the process behind the Zeer Pots – refrigerators that work without electricity – and it can be applied to the cooling of buildings and industrial processes. In fact, the botijo also helps to cool the environment in which it is located, because evaporation takes only part of the required energy from water — the rest is taken from the environment. 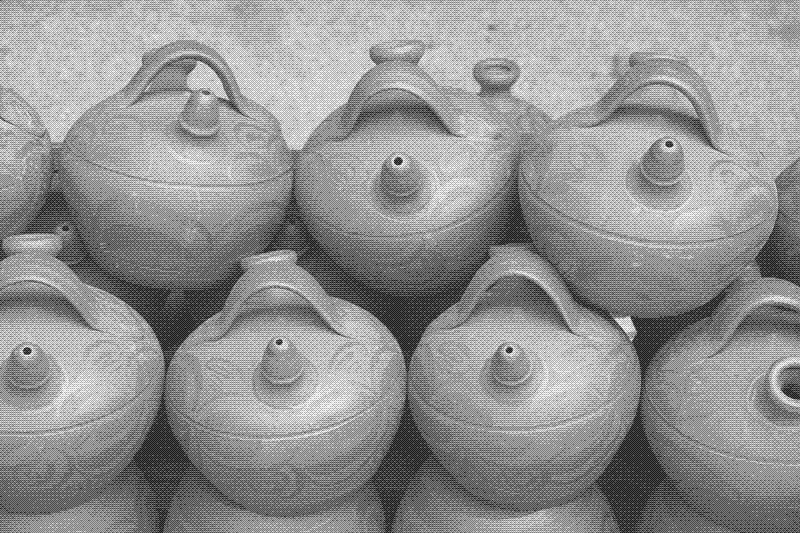 Apart from the fact that the botijo does not use electricity, it offers a couple of further advantages. Firstly, it produces water that is cool but not nearly as cold as refrigerated water. Ironically, water that is cooled in a refrigerator is too cold for human consumption and can cause health problems.

Secondly, the botijo is a mobile refrigeration device — for which there exists no modern counterpart. Plastic, glass or metal bottles, which have no pores and are thus unable to ‘sweat’, start warming up once they are taken out of the refrigerator. 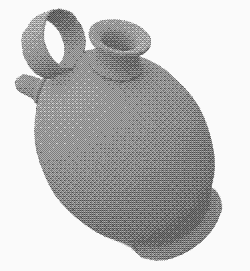 In contrast, the water in a botijo remains cool regarding of where it is taken, which explains why the device was traditionally used in Mediterranean countries both domestically and by farmers. Travellers often made use of the containers as smaller, cylinder-shaped botijos could be tied to horses.

Even a modern, metal canteen with a lined cover does not offer the same benefits as a mobile refrigeration device, because it is not the water inside that cools the bottle. The canteen has to be soaked in water regularly in order to maintain the cooling effect, which is not always an option in a dry climate.

The importance of climate

With the advent of cheap fossil fuels, we have become accustomed to the idea that any technology works anywhere. This is seldom the case with pre-industrial technologies, which are most often local solutions. The botijo is no exception to this rule. It is especially suited for climates with hot, dry summers (type Cs of the Köppen climate classification).

This climate prevails around the Mediterranean, and can also be found on the West coast of the United States (in California and Oregon), in South Australia, and in small regions of South-America (in Chile) and Africa (in South-Africa). The botijo also performs excellently in desert climates (type BW, which is much more widespread than the Mediterranean climate).

With the advent of cheap fossil fuels, we have become accustomed to the idea that any technology works anywhere. This is seldom the case with pre-industrial technologies, which are most often local solutions.

However, the cooling function of the ceramic water cooler deteriorates as summers are more humid, as is the case in most tropical climates. The same goes for the human body, which is more sweaty in a hot and humid environment: transpiration cannot evaporate. 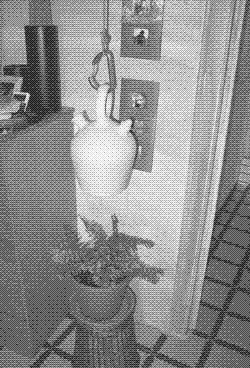 Climates with cool and wet summers have less need for water cooling methods in the first place. This explains why some parts of Spain (notably in the north-western region) do not have a tradition of evaporative water coolers, but use glazed containers instead. This is also true for the areas near the coast of the Mediterranean, where the proximity of the sea raises air humidity. 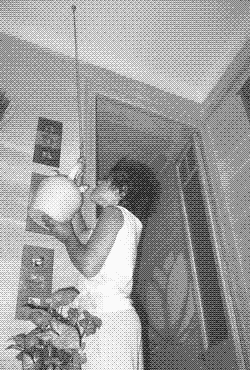 One of the disadvantages of a botijo is that it can be rather heavy for people who lack muscular strength. An average botijo filled with water can easily weigh 4.5 kg. However, there are some solutions to this problem.

Fundación Terra, a Spanish environmental organisation, launched a campaign a few years ago to promote the use of the botijo in homes and offices, and developed a system to suspend the bojito from the ceiling for easy drinking. In addition, they advise people to hang it above a plant so that spilled water does not get lost. In India, the drinking spout was replaced by a low-placed tap (archived).