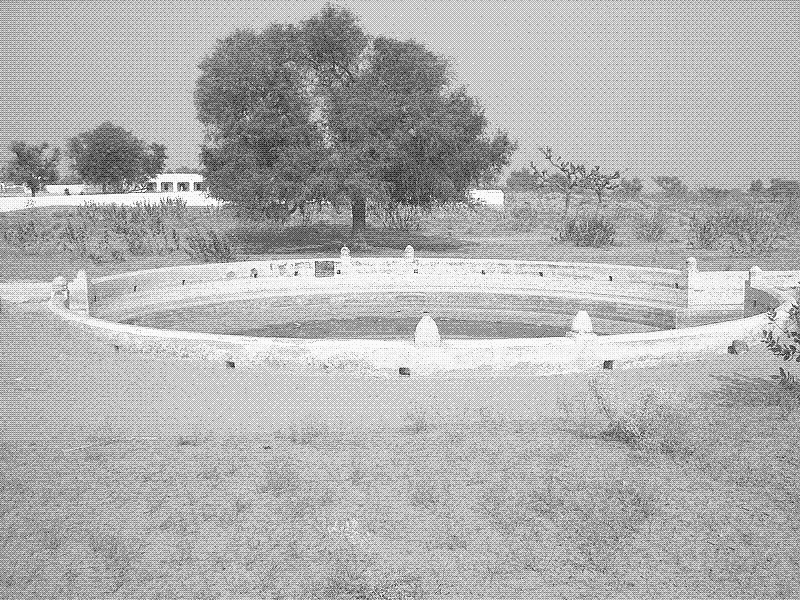 When the British colonized India, they imposed their own system of water management, which included the building of large-scale dams, sewers, and irrigation channels. This high-tech approach continues today, as the World Bank is urging India to build enormous dam projects to fight drought and depleted aquifers. The Indian government has followed its advice. Its first Prime Minister, Jawaharlal Nehru, called dams the “Temples of modern India”. Since then, India has built over 5,000 dams and large reservoirs. 1

However, before the British arrived, people on the subcontinent used traditional low-cost, low-tech engineering to collect rainwater for thousands of years. This involved the placement of thousands of small structures throughout rural areas which, in one way or another, catch excess rainwater from the monsoon months and allow it to slowly percolate into the groundwater during the dry season. To maintain and manage these structures, community-based management schemes were necessary. However, these were actively discouraged during British rule and following independence. As a result, in the 20th century many of these small reservoirs fell into disrepair.

In the 1980s, the Alwar district in the North-Western state of Rajasthan was one of the driest in all of India, even though older villagers remembered that its rivers used to flow in the past. Many farmers were migrating to the cities, as there was no longer any means of subsistence from the land. In 1985, Rajendra Singh—now known as the ‘Water Man of Rajasthan’—arrived in the area and started encouraging villagers to rebuild their old water reservoirs, or water johads. When the villagers had constructed 375 johads, the river began to flow after having been dry for several decades. 2

By 2003, Singh, through the NGO Tarun Bharat Sangh, had helped with the construction of over 5,000 johads and the rejuvenation of 2,500 old reservoirs, providing irrigation water to 140,000 ha. and 700,000 people. 35 In 2015, 8,600 johads had been built, bringing water back to 1,000 villages. 4 The johads are incredibly cheap and productive—at 100 rupees per capita, they can raise economic production by as much as 400 rupees per year. Compare this to nearby Sardar Sarovar Dam project, which cost 300 billion rupees, and cost 100 times more per person supplied with water, and 340 times more per hectare irrigated. 3

And yet water johads are extremely simple and low-cost structures that require no large equipment or expensive materials to build—simply a village of able hands and local elements. After digging a pit, the villagers shape the excavated earth into a semicircular mud barrier. A stone drain is sometimes set up, allowing excess water to seep into the ground, or connecting it with johads nearby. Essentially the johad will capture runoff from monsoon floods and allow it to slowly percolate into the water table during the dry months. When many johads are built in one area, they have a cumulative effect, resulting in the replenishment of whole aquifers. 5 In addition, it has been shown that the water stored in the aquifers does not draw away water from communities downstream. 6

It’s important to note that water johads are place-specific technologies and cannot necessarily be replicated to other geographical locations or climates. They require steady sloping land—where each johad can feed water into another downstream—and a rainy season, where floods can fill up the reservoirs during the dry months.

In addition, constructing and maintaining thousands of water reservoirs also required new forms of resource management. Since the government refused to participate with the johad construction efforts, or recognize that they were effective—its policies remain tied to the development narrative. Villagers decided to take matters in their own hands and organize their own water management councils, which have now expanded to managing forests and parks through participatory and democratic methods. The result is what some have claimed a miracle: bringing water back to a water-scarce and impoverished area.

An engineer might look at a johad and claim that it is far too simple a technology—there is no innovation here, let alone a miracle. This is true: similar technologies exist all over the world. In Mediterranean countries, for example, rain water catchments were built over a thousand years ago and continue to provide water to farmers during dry seasons.

Rajendra Singh attributes the success of the johads to the fact that the technology encourages people to work together, building community while addressing essential needs. This is in strong opposition to the large government-built dams, which have displaced millions of people in India and, on average, have increased poverty. 5

So, perhaps the key innovation with the johads is that rather than relying on engineering expertise or governmental action, villagers have constructed the johads themselves through traditional methods and community participation. The result is the revival of a low-tech tradition that is far more cost-effective than high-tech dams could ever be.