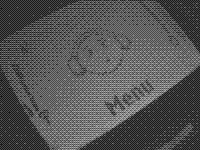 This week, more than 50,000 people gather in Barcelona for the ‘Mobile World Congress’, the annual high mass for the mobile telephone. They gape in admiration at the newest generation of gadgets, which is again fitted with new applications and new designs. This almost unanimously praised innovation, however, has a dark side. Around half of the energy use of the mobile phone network is attributed to the production of the phones.

The mobile phone is a success story without equal. A good 15 years after the birth of the mobile network, almost half of the world population (2.7 billion people) owns a mobile phone. That does not mean that during this time only 2.7 billion phones were produced – it’s a multiple of that amount.

In 2007 alone, 1.16 billion phones were sold, a large amount of them replacement purchases. In principle, a mobile phone can be used ten years or longer. But there are dozens of reasons to replace the appliance much earlier.

At first, mobiles were being replaced because they became smaller and because they weighed less – a feature that improves portability. Next, the cellular phone with built-in camera arrived on the market, accompanied by a colour screen. These cameras get more pixels each year, another reason to buy a new phone.

In the meantime, the devices got more memory, the screen got bigger and the telephones were equipped with a folding keyboard that makes sending text messages easier. Following that came machines with a built-in mp3-player.

The transfer of one gigabit of information (around 500 minutes of calls) corresponds to the energy use of driving a car for 200 kilometres or 125 miles.

Recent improvements are phones with a touch screen, phones with a built-in GPS, and phones with an internet connection. Especially the last application is (in combination with faster 3G networks like UMTS) being seen as the promise for the near future: a little bit more patience and we will all be sending emails, surfing the internet, downloading music, watching television and playing online games via the mobile phone.

Apart from these technical improvements, the mobile phone is also a fashion object and a status symbol – in itself reason enough to replace it regularly. The consequence of all this is that a mobile phone on average does not last even two years. Mostly the machine is replaced when the battery gives up.

Manufacture of the phone

That means that every one of us will acquire around 35 mobile phones during his or her lifetime. From an environmental perspective, the production of all those machines outweighs the energy use of the phone itself.

According to a life cycle analysis carried out by order of Nokia, 70 percent of the total energy use of a mobile telephone takes place during the production phase: the mining of the resources, the production of the components, the assembling of the machine and finally the transport of resources, components and finished products. Charging the phone onlytakes up 30 percent of its total energy use.

70 to 95 percent of the total energy use of a mobile telephone takes place during the production phase.

The amount of energy used is not small: during its lifetime a mobile phone equals an average energy consumption of 260 megajoules (MJ) – 180 MJ for the manufacturing and 80 MJ for the usage phase. 260 MJ is enough to power 1,200 60 watt light bulbs for one hour.

Multiply that by 35 (the amount of phones during one’s lifetime) and then by 2.7 billion (the amount of people that can afford a mobile nowadays) and it becomes clear that progress has a price. In addition, more than 90 percent of waste is also generated during the production phase.

A landline phone consumes much less electricity than a mobile phone (in fact it gets powered by the switchboard via the copper cable) and it lasts much longer – at least, that was the case until the arrival of the mobile, because since then also fixed phones changed into mobile, fashionable appliances.

The switch from GSM to networks of the third generation (like UMTS) will propel energy use even further. These networks need 50 percent more base stations which consume four times more energy.

Thanks to the faster data transfer, the UMTS network on itself is nevertheless more energy efficient. The transfer of one gigabit of information (around 500 minutes of calls) via the GSM network corresponds to the energy use of driving a car for 220 kilometres, for the UMTS-network this is ‘just’ 150 kilometres.

However, since the UMTS-network will pave the way for all kinds of new applications (like the transmission of music and film), the data transfer per user will increase substantially. The scientists calculated that the UMTS-network will eventually consume 2.4 times more energy than the GSM-network.

Even if the energy consumption of the total phone network is considered, the production phase of the phones remains decisive (around 50 percent of energy use). There are many more telephones than base stations and the network infrastructure lasts on average 8 times longer than the phones.

The researchers conclude that extending the life span of the phones from one to four years would lower the ecological impact of the complete telephone infrastructure by 40 percent. According to the Swiss, charging a mobile only makes up 5 to 15 percent of its total energy consumption.

If you want to make an ecological choice, there is only one option: keep your mobile as long as possible, and turn your back on all novelties

The (little) efforts of the manufacturers to green their gadgets are mostly aimed at reducing the energy consumption during the use phase. If we want to contain the energy use of the phone network, it is however much more effective to lengthen the life span of the mobiles. Furthermore, the increased energy efficiency is always again cancelled out by extra applications that consume more energy.

Even mobile phones that are being recharged by means of solar panels or a hand crank do not have much influence on the ecological damage of the technology. Neither do phones that are easier to recycle, because as mentioned earlier 90 percent of the waste is generated during the production. The (indeed huge) amount of e-waste is therefore only the tip of the iceberg.

If you want to make an ecological choice, there is only one option: keep your mobile as long as possible, and turn your back on all novelties - a message that will not be heard on the Mobile World Congress in Barcelona.