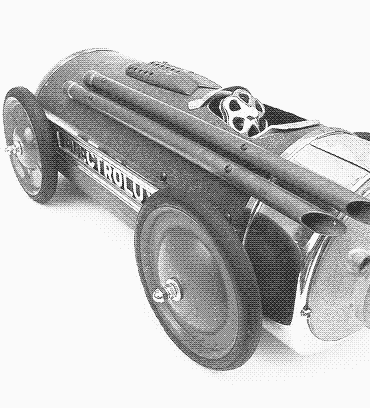 Charging electric cars with off-peak power is a fantasy.

How many extra power plants do we need to build if we introduce electric cars on a large scale? According to ecotech advocates, that matter is solved: (almost) none. Electric vehicles can be charged at night. Many power plants have a surplus of energy during the night (“off-peak production capacity”) because demand is low and generators keep spinning. Therefore, if we all start driving electric cars, oil consumption will plummet to zero and electricity production will remain the same.

In December 2006, a study at the US Pacific Northwest National Laboratory found that off-peak electricity production and transmission capacity could fuel 84 percent of the country’s 220 million cars, if they would be converted to plug-in hybrids. In June 2007, another study from the US government concluded that 73 percent of the existing US light-duty vehicle fleet (cars, SUV’s, pickup trucks, vans) could be powered with available off-peak electric capacity if transformed to plug-in hybrids. In March 2008, a study from Oak Ridge National Laboratory said that if 25 percent of the US fleet would be replaced by plug-in hybrids, only zero to eight new large power plants would have to be built if all these cars plugged in after 10 pm.

The first difficulty is that these studies talk about plug-in hybrids, not electric cars, which does not stop the media from presenting this research with headlines like “US power grid can fuel 180 million electric cars” or “Electric cars will not need new electric power plants“. 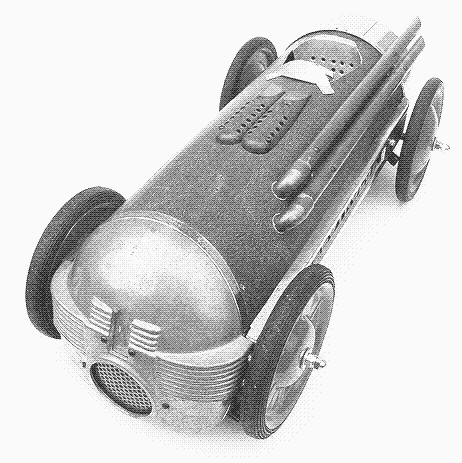 Electric cars, however, do not have the backup of a gasoline engine and an infrastructure of petrol stations for longer distances. If we can only charge them at night, the range of our vehicles would be limited to 100 miles (160km) per day, or only half of that when the cars are driven at high speed. There are some electric cars that have better mileage: 220 miles for the Tesla Roadster and 150 for the Mini E - but both have no back seat since that space is taken by the larger battery.

The standard answer to this drawback is that the average commute in the US is only 33 miles, so in most cases the limited mileage of electric cars will be sufficient.

Averages are theoretical data: some of us will have to drive only 10 miles per day, others 120 miles. And at least now and then, almost everyone will want to drive longer distances, but that would be completely impossible in this scenario.

Moreover, many people do not have the possibility to charge their vehicles at home - not everybody has a garage. This means that we need an infrastructure of outlets along the curbs of cities and towns if we want everybody to charge at night. Charging electric cars with off-peak electricity might keep the need for new power plants limited, but it is far from practical.

Therefore, it is an illusion to think that all electric cars will be charged at night. A substantial amount of them maybe, but not all. No matter how small the amount of cars that needs charging during the day, it means that we need an intricate infrastructure of charging spots throughout cities and towns.

Companies and governments are already working on that. “Better Place“, which announced the building of a charging infrastructure in Israel, Denmark, Portugal and California, is the best known, but there are more. 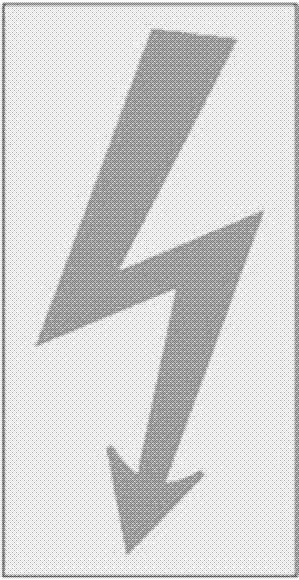 This compares to the energy output of 10 plasma televisions (of 340 watts each) to charge one electric car. Adding this load at night might not be a problem, but this becomes a very different story during the day.

The study from Oak Ridge National Laboratory also calculated what would happen if all plug-in vehicles would be charged at 5 pm instead of after 10 pm. In this worst-case scenario, the US would need to build 160 “large” power plants (and the related distribution infrastructure, of course). Note: this concerns plug-in hybrids, not fully electric cars, and this concerns a penetration of only 25 percent, not 100 percent.

Electric motors are more efficient than gasoline engines, but the problem is not total energy consumption, it is peak load

A complete conversion to plug-in hybrids would thus require 640 extra large power plants. The researchers do not specify what they consider to be a “large” power plant, but this must be around 1,000 megawatts, which boils down to the need for another 640 GW of power plants. That is almost a 65 percent increase of the existing US electricity generation capacity. 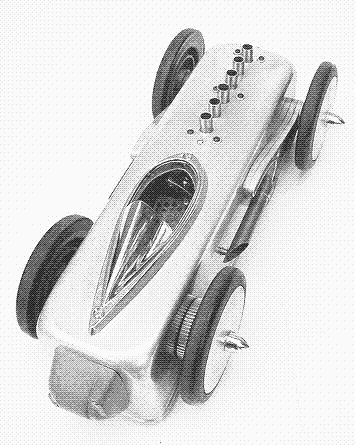 A vehicle that needs 6 to 12 hours of charging to drive just 1 or 2 hours will never appeal to the larger part of the public. The automobile stands for freedom of movement, so electric cars will never catch on unless they have at least a similar recharging time to that of a gasoline car (one of the reasons why they disappeared one hundred years ago).

Manufacturers of electric cars and batteries know that, and that is why most of them are pushing faster recharging times. Combined with an elaborate infrastructure of charging spots, this would largely overcome the problem of limited autonomy. We would still need to recharge more often than with a gasoline car, but at least it would be possible to drive further than 100 miles from home, and to leave anytime you want.

Several manufacturers and researchers have already announced recharging times of 30 minutes or less, which would bring refuelling time quite close to that of a gasoline car. This is only possible through a high-voltage current outlet. Fast recharging times generate lots of excitement, but what seems to be forgotten here is that they come with a price - you have to pump in more energy over a shorter time, which can lead to a fabulous amount of peak power.

You cannot solve this issue with better batteries - in fact, you can only make it worse 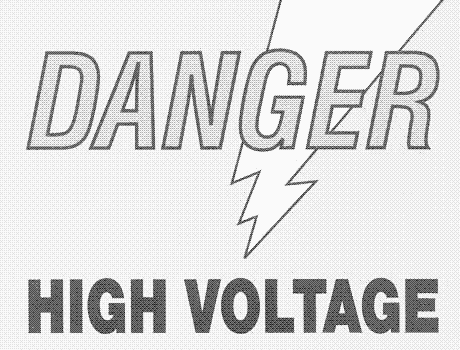 It will be clear that fast recharging times, even if they are used only by a relatively small amount of drivers, will only be possible with a massive extension of our electricity generation capacity.

There are 220 million private cars in the US. If the complete fleet would be plugged in at the same time it would need 34,000 gigawatts, or 34 times the existing electricity generation capacity of the US. This will never happen, but it compares to “only” a 65 percent increase of the power capacity in the slow-charging scenario above. A large fleet of fast-charging cars will melt the grid. 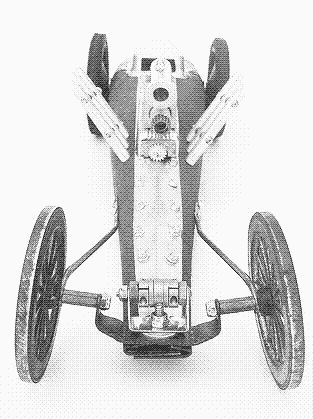 Charging just 6,500 of these vehicles (0.003 %) simultaneously in 10 minutes will require an energy output comparable to that of one large power plant.

If one in a thousand of these cars (220,000 vehicles or 0.1 %) is charged simultaneously in 10 minutes they will need 34 gigawatts. And one in a 100 cars charged simultaneously will require a total energy output of 340 gigawatts. The question is not how many cars will be charged together on average during the day, but how many of them will be charged together at any possible moment of the day, month or year.

The energy infrastructure has to be prepared for the highest possible demand - for instance, when everybody wants to drive to a large sporting event. Also, don’t forget that someone who wants to make a trip of 500 miles will have to charge the battery 5 times. Because of their shorter range, electric cars need to be refuelled much more often than gasoline cars.

There is no way around this problem. You cannot solve it with better technology - in fact, you can only make it worse. Better batteries with higher capacities may lower the amount of stops at charging spots, but they will raise the amount of peak power required for one charge.

The fundamental problem (and we have noted this before) is that electric cars are wireless. Trains, trams (streetcars) and trolleybuses do not have these problems, simply because they do not need a battery. Their energy consumption is spread evenly over their operation time.

People keep saying that electric motors are more efficient than gasoline engines, and that’s definitely true, but the problem is not total energy consumption, it is peak load. Electric cars are not refrigerators - but many calculations of their energy requirements treat them as if they were.

There is only one last way around the mileage problem of electric cars: swappable batteries (another part of the infrastructure proposed by “Better Place”). This would mean that the batteries could be charged at night at refuelling stations, and thus provide instant off-peak power during the day. There are two problems with this. 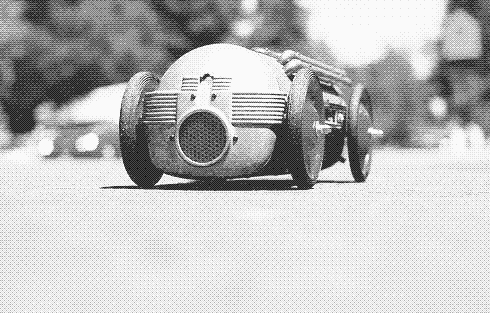 Firstly, we are not talking about a handy laptop battery here. The battery packs of electric cars easily weigh 100 to 500 kilograms, which means you will need a machine to get them out and back in again. Moreover, the batteries are not always placed so that you can easily swap them - in many electric cars they are underneath the floor, to optimise weight distribution and centre of gravity.

Secondly, all batteries would have to be the same, and achieving such a standard is both technically and commercially very unlikely. If it doesn’t work for laptops or mobile phones, then why should it work for cars? “A Better Place” will make use of standardised vehicles, but the day that we will all be willing to drive the same car, we would probably also not mind leaving the car altogether and - finally - get on a bike, a tram or a train. 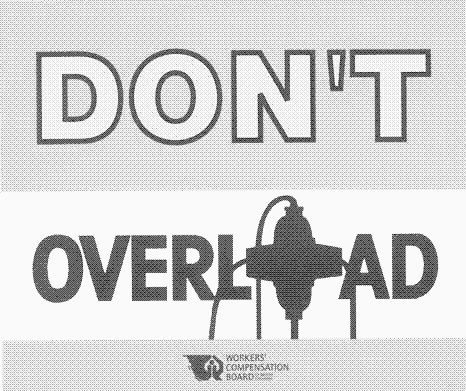 Image: A warning from the WorkSafeBC